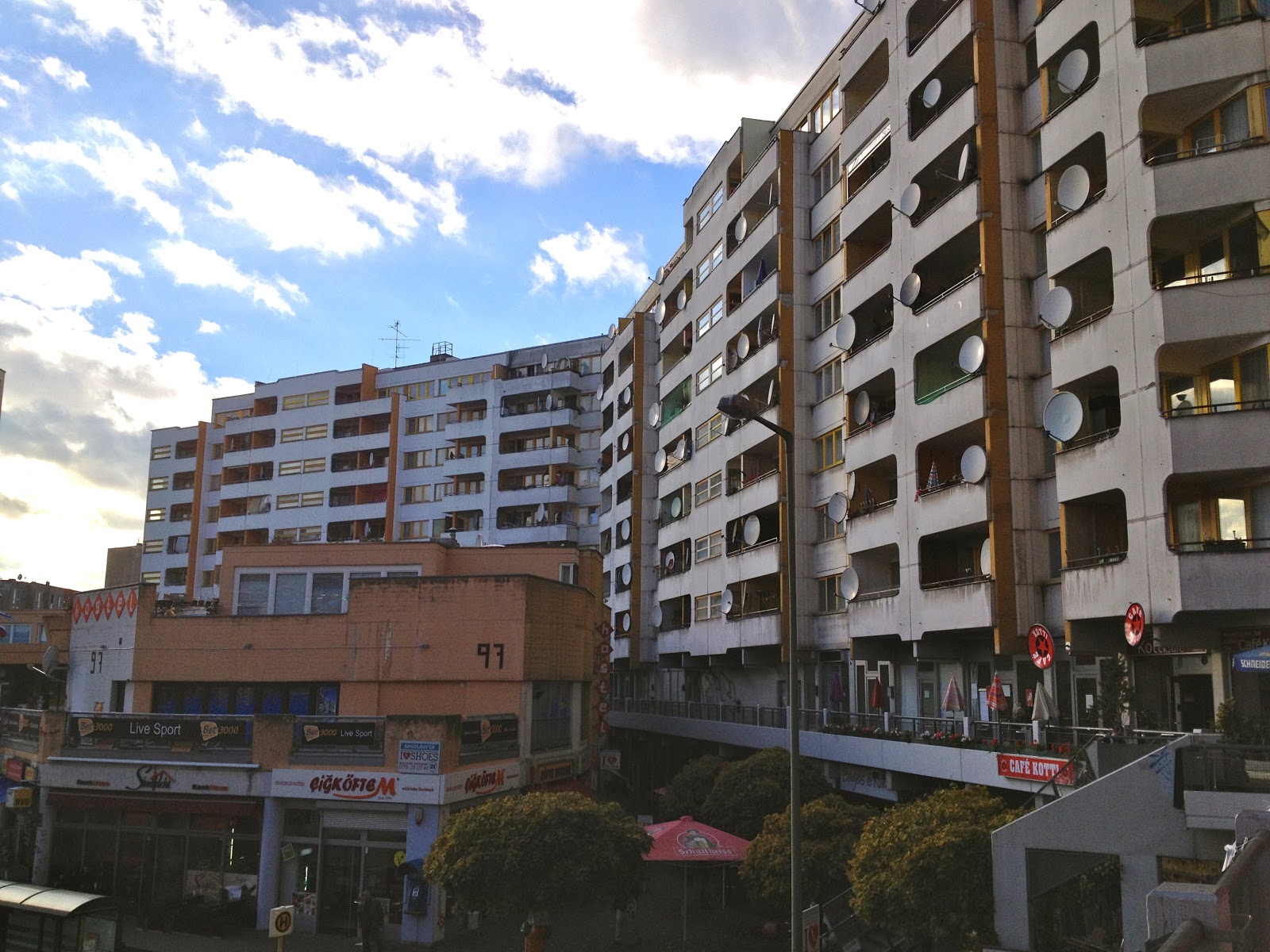 From 5-8th November I took part in a workshop with Failed Architecture  researching the housing development of Neue Kreuzberger Zentrum in Berlin. The location is significant in the changing geography of Berlin during that time period. When it was planned it was near the centre of Berlin, then with the wall built in 1961, Kreuzberg was left in an extremity of West Berlin, in the south-east corner. The location meant that it became less desirable, cheaper, and attracted social problems, but also developed a particular sense of identity and belonging for residents.

The aim of the workshop was to open up the debate. In many people's eyes the housing development has been seen as a failure, but the workshop was planning to present a more complex picture, looking at the strong sense of community, the aims of the planners and why some aspects may not have gone to plan. The discussion and talks were in depth and wide ranging, these are just a few of the things that came out of it.

We were working in small groups looking at different interweaving strands of the development from the planning stage to the present. Economy, reputation, the built environment, politics, community. We made a visual timeline on the wall using words, images and tape to link events. 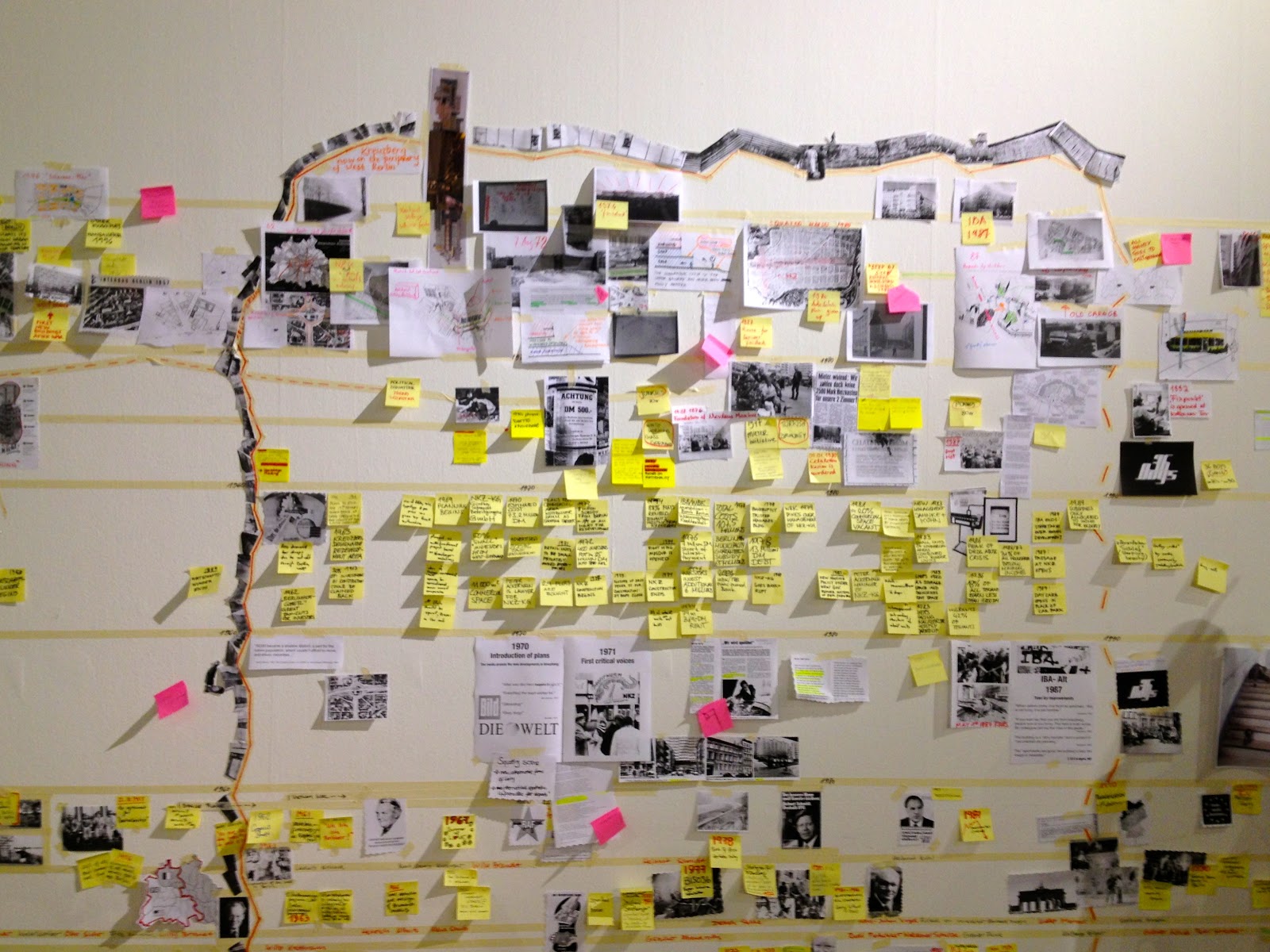 We were lucky to have the architect Johannes Uhl at a Q and A session and he was willing to discuss what had happened in the life of the building since completion. I was struck by the obvious change in ideology from the 60's to the present, when they believed in grand plans and the supremacy of the architects vision. Having him there was almost like seeing archive material, in that you were brought into that space of a quite different set of assumptions. In relation to the present physical state of the building, he said that he thought satellite dishes were 'wonderful', and that it was ok to change colours and things on the balconies, but not the structure. At one point he seemed to be saying (this was all communicated via a translator) that on the south side there were elements designed for future flexible development, (which seemed like a really interesting design strategy) but it turned out that these were just un-let spaces.

We also had a talk by the architects and researchers Andrea Benze and Christian Dengler. They were proposing a construct, 'Utopian Stirrings', arguing for the necessity of some idea of utopia to continue to play a role in our vision and planning of urban space, but seeing it as something fragmented and partial, rather than being a complete solution. For their paper, 'Utopian Stirrings in Kreuzburg-Centre' see p65 here. 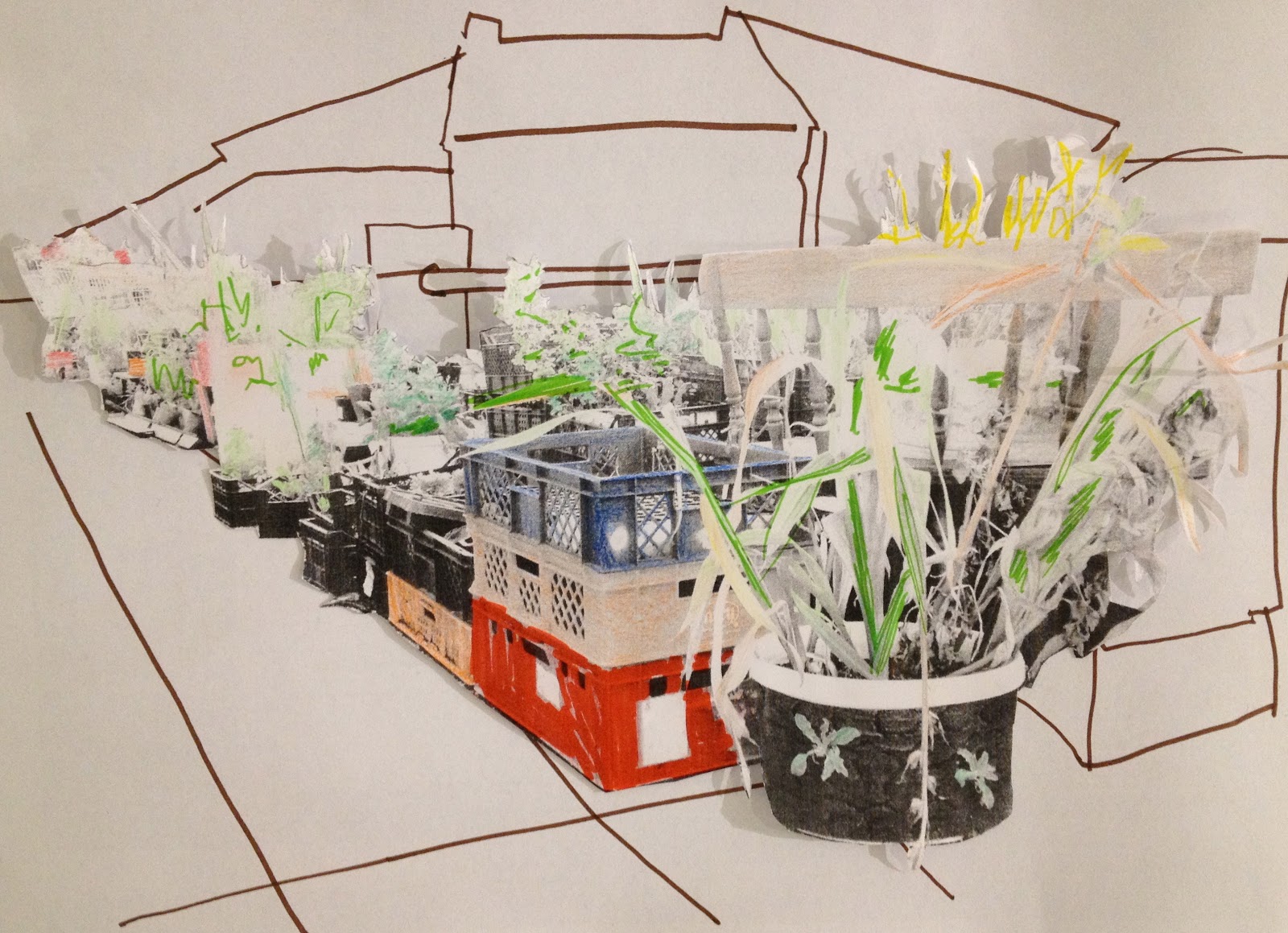 I worked with the group focusing on the built environment, looking at adaptation of the architecture by residents, like having mini gardens in shopping trolleys and additions to shop fronts. I wanted to communicate this visually, but in a way that would work in the timeline, with lots of other types of information. 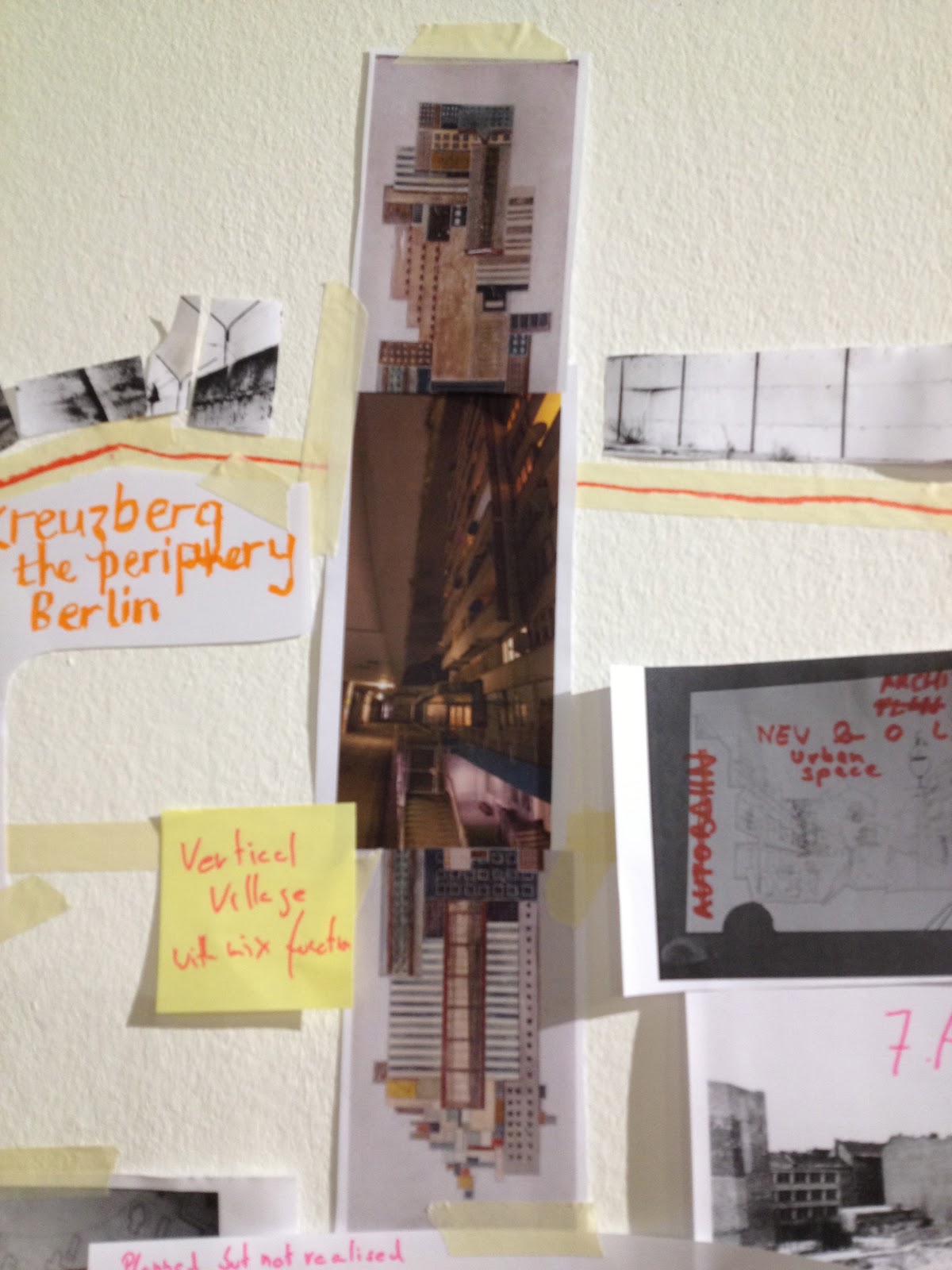 The artist David Molander also in our group made this image, thinking about the different spacial levels.

As an artist it was interesting for me to take on board the different approaches of participants in the workshop. The architects and town planners were concerned about where the research was leading in terms of the future of the NKZ, 'What is going to happen, and how?', whereas the artists were more comfortable with dialogue as an end in itself, linking with debates about other developments, but I thought the tension the different approaches presented to one another was productive.